Liquid Mirror Telescopes, a wave of the Future, or just a ripple.

"A novel design first envisioned more than 150 years ago, Liquid Mirror Telescopes (LMTs) might seem something out of science fiction.  As part of his postgraduate degree, Professor Brad Gibson designed, constructed, and tested the world’s first functional LMT observatory.  He will describe the LMT concept and its weird and wonderful strengths (and weaknesses), and provide some insights into why the concept has not succeeded in replacing the classic glass and aluminium constructs.”

Bio: Professor Brad Gibson is the Director of the E.A. Milne Centre for Astrophysics at the University of Hull.  Brad completed his MSc and PhD at the University of British Columbia, building the world's first Liquid Mirror Telescope Observatory and designing software to map the distribution of the chemical elements throughout the Universe.   Brad was responsible for using exploding stars to determine the expansion rate of the Universe, as part of the Hubble Space Telescope Key Project on the Extragalactic Distance Scale, for which the team was awarded the 2009 Gruber Prize in Cosmology.  WIth his PhD students, Brad also discovered the first evidence that our own Milky Way's nearest neighbours were being cannibalised by our Galaxy, being ripped apart by intense tidal forces. Brad's work has been acknowledged by his peers 20,000 times, making him Hull's most cited academic, and one of the top few percent in the world. His 300 papers to date also include the identification of the locations within the Milky Way most likely to harbour complex biological life, for which his work was named by National Geographic magazine as one of the top 10 news stories of the year. His recent work has been in trying to link his expertise in galactic chemical evolution, with complex cosmological hydrodynamical schemes, in order to model the time evolution of the chemical and dynamical properties of the Milky Way. 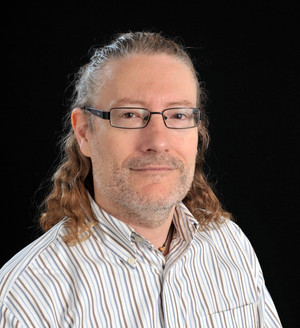