Amateur astronomers can do useful scientific study of variable stars by visually comparing the star with other stars within the same telescopic field of view of which the magnitudes are known and constant. By estimating the variable's magnitude and noting the time of observation a visual light-curve can be constructed. The American Association of Variable Star Observers collects such observations from participants around the world and shares the data with the scientific community.

From the light curve the following data are derived:

are the brightness variations periodical, semi-periodical, irregular, or unique?

what is the period of the brightness fluctuations?

what is the shape of the light curve (symmetrical or not, angular or smoothly varying, does each cycle have only one or more than one minima, etcetera)?

I have been interested in astronomy since about the age of 5 (even though my degree is in linguistics!) and especially variable stars. I independently discovered Nova Cygni 1975 while doing my A-levels, being a member of the AAVSO (American Association of Variable Star Observers, an amateur/professional body affiliated to Harvard Uni). My special interest is in young variable stars and I run the Young Stellar Objects section at AAVSO. In 2002 I was awarded a NASA grant to participate in an astrophysics conference on the Big Island of Hawai'i, and have written a book on astronomy with binoculars. 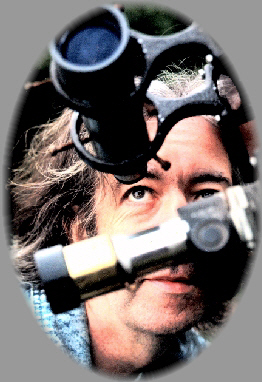